The formula is simple. Take two sexy fighting women of equal size and skill, then pit them against each other in a no-holds-barred street fight, and you have a thrilling sight to behold. This fight is fast and unruly, with lots of bare knuckle punching, hard kicking, and rough grappling throughout, with the girls fighting as if for their very lives.
The fight starts when Lydia and Liliane charge each other across the mat, and collide with a clap of thunder. They exchange a flurry of punches to the head and body, and kick each other brutally in numerous takedown attempts. The lack of rules can seen early on as one of the fighters turns to dirty tactics by repeatedly grabbing and scratching at the other girl's face. As the fight violently rages on, at times nearly getting out of hand, the animosity and dislike felt for each fighter for the other is glaringly apparent. This fight is REAL, they're pissed, and they're hitting each other really HARD.
By the time a winner materializes, she's so worked up and annoyed at the other girl that she literally kicks her while she's down and slaps her around before facesitting her into oblivion. Ignoring her defenseless rival's cries of apology and pleas for leniency, the winner continues the torture and humiliation until she's completely satisfied.
Eventually, the skill and determination of one fighter proves to be too much for the other. Straddling her beaten opponent she forces her crotch into her face, strangling and punching her all the while. The beaten girl visibly sobs and cries, but her oppressor doesn't relent. The facesitting and verbal humiliation that follows is great as the victor forces her foe to repeatedly apologize, beg for forgiveness, and admit that her oppressor is "the best." This is a great fight from start to finish, and one you certainly won't want to miss. 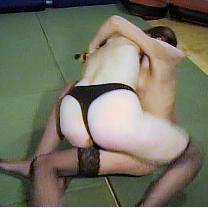 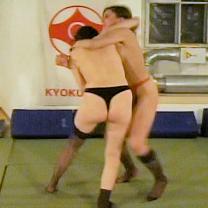 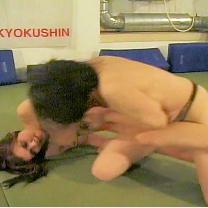 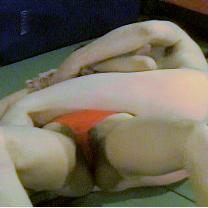 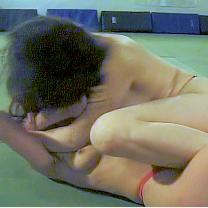 Purchase securely through NetBilling, our authorized sales agent
This is a one time charge.

Please note: you will have 2 days to download the video once you have your username and password.

Also... write down your username and password once you choose them. Use a VALID email address on the order form as your info will also be emailed to you.